The story begins with Guillaume d'Angerville blind tasting a bottle of wine in Paris.

"I always tell the sommelier to give me something blind and the only rule is that it has to be outside Burgundy. When he brought me this wine, I said, 'You forgot the rule, you brought me a wine from Burgundy.' And he said, 'I am afraid you're wrong.'" - Guillaume d’Angerville

This experience led Guillaume on a four year search for land in the Jura where the story now continues. We were fortunate to sit down with the renowned pair of Guillaume d’Angerville and François Duvivier and taste the exceptional wines of Domaine du Pélican. 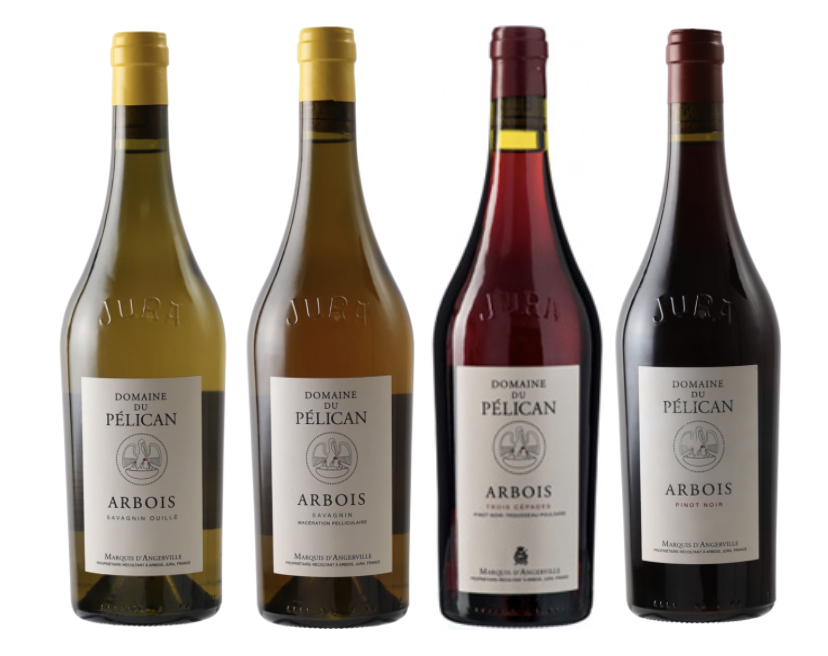 After leasing Chateau Chavanes in Montigny-les-Arsures, Guillaume gained access to 5 hectares of biodynamically farmed vines that had been impeccably replanted ten years prior by the former owner. The domaine is supported by an additional 5 hectares of vines never touched by chemicals and formerly farmed by Jean-Marc Brignot. In 2014, Jacques Puffeney announced he would be retiring and that Guillaume would be taking over 4 hectares of his vineyards.

Within a short of period of time, Guillaume and his team in the Jura, led by François Duvivier, have adopted a Jurassic sensibility and are poised to do great things. @ Grand Cru Selections