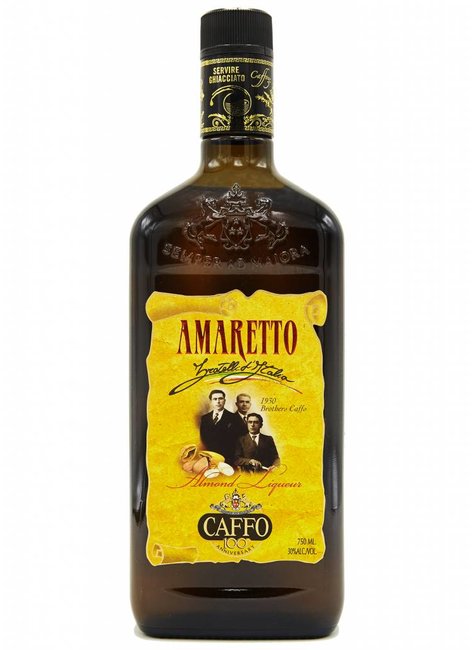 Produced from the finest Sicilian almonds and herbs, candied almond with supporting notes of vanilla and orange.

The history of the Caffo family business dates back to the end of the nineteenth century, when Giuseppe Caffo, the Master Distiller, class of 1865, began distilling pomace on the side of volcanic Mount Etna. After years of experience trading and managing distilleries, his dream became reality when in 1915 he bought an old distillery in Santa Venerina, Sicily. He intended fully dedicating himself to his passion and passed the knowledge he required onto his children. Initially, production was based in particular on spirits, alcohol and derivatives from wine production, however the Caffo distillery gradually began producing and becoming renowned on the market for certain liqueurs obtained from ancient recipes, the result of patient and painstaking research and re-working. These products, the fruit of wise dosing of aromatic and medicinal herbs, infused with top quality alcohol, immediately pleased drinks connoisseurs and the refined clientele of that age.

The then youthful Sebastiano Caffo 1901 began to learn his father’s secrets of such an ancient and noble profession, soon becoming a "Master Distiller” himself. He demonstrated his ability to not only manage the family business, but also other distilleries which he took over, including the San Paolo Distillery in Noto and Castiglione Distillery in Sicily. In the meantime, the other “Caffo Brothers”, sons of the founder, gained experience in the sector, having returned after twenty years from Australia, with the intention of expanding the family business. And so, the company “Fratelli Caffo-Distillerie of alcohol, brandy and tartaric products” came about, founded by Sebastiano, Santo and Giuseppe Caffo with the intention of expanding the family company by acquiring an existing plant in Calabria, in Limbadi, a district famous at the time for its excellent red wine production.